Like MacTusk, Wee MacTusk will try to keep his distance from the player. He is defenseless without his father and the Hounds, so if they are killed, he will run back to the Walrus Camp untill they respawn. If his father is killed but the Hounds are still alive, he will still stay around to command the Hounds to attack their target. If players go back the day after, he will be alone with another pack of Blue Hounds, but he will still attempt to keep his distance. 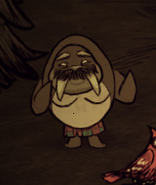 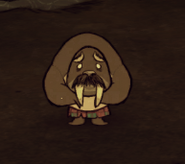 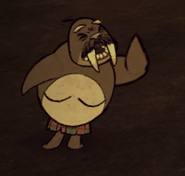 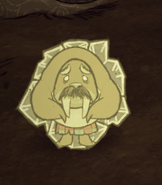 Dead WeeTusk.
Add a photo to this gallery
Retrieved from "https://dontstarve.fandom.com/wiki/Wee_MacTusk?oldid=195393"
Community content is available under CC-BY-SA unless otherwise noted.