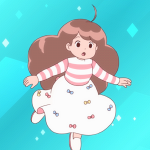 Hello and Welcome to my User Page!

I don't really know why you'd be here, but take a break while you're around!

If you have any questions, swing on by my Message Wall. My area of expertise is the different foods of the game, but I'm fairly knowledgeable about things in general (except for the ruins, I've never actually been down there in singleplayer). I'm on here most days so I should be back to you pretty soon!

If you're looking to play some DST, I'm not on very often but feel free to contact me on Steam. Same username as here! I'm hoping to find a dedicated server that's consistently online so I don't have to start fresh every time I want to play.

-Knows the most efficient Crock Pot recipes by heart

MissSweetBean is a passive player who is usually found in the caves, in a small base near a Mushtree Forest of any colour (though most often blue). She can rarely be found in the Desert, collecting Tumbleweeds. Her base usually consists of a central Fire Pit, with four Crock Pots surrounding an Ice Box, and several Drying Racks nearby. She can be quite useful and will freely give out any excess food that she will certainly have, no matter the time of year.

While MissSweetBean herself does not pose any direct threat, her ever-present Abigail will certainly become aggressive if she is attacked. Abigail can be difficult to deal with, as kiting is not possible, and she has a surprising amount of health. She constantly does damage to all those around her, so swarming is inadvisable as well. She should never be approached at Night, as her damage will be greatly increased, increasing the difficulty of the fight. If MissSweetBean is killed, it is important that her drops are taken quickly, or else she will resurrect quite quickly with the Life Giving Amulet she drops.

While she may not seem particularly threatening, do not underestimate her as she has a great deal of knowledge on how the game works and will use that to her advantage. Having been added as part of the Turf! update, she has been around since the dark times before Meatballs, Chester, and Ice Boxes (though food didn't spoil then so ice boxes would be useless).

Retrieved from "https://dontstarve.fandom.com/wiki/User:MissSweetBean?oldid=450182"
Community content is available under CC-BY-SA unless otherwise noted.