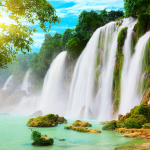 338 Edits since joining this wiki
April 4, 2018
Dis is my sandbox random page thingy.

Detects enemy kiting/tanking pattern. Kites stronger enemies, but tanks those that are weaker.

Anything in the inventory. Flammable items will not dropped.

In DST RoG, you will normally find me playing as Wilson. Cause hey, who doesn't want free Beard Hair and insulation in Winter? If you find me in a server, then hello!!! I actually prefer Wigfrid and Wicker when I join other server, or sometimes random, cause I can help others. When in permanent servers, I use Wilson...I never use Logs as fuel anymore...very nice.

I've killed 2 Deerclops (with a friend) and we're preparing for the Queen Bee with, like, I dunno, 35 Bunny hutches...also we're noobish...so...*shrug*

I kill butterflies because I want Butter.

I also have Shipwrecked and I have no idea what some things are. Like what the Gunpowder Barrel thingy is supposed to be used for. And I have currently made it past Mild Season before the Sealnado killed me. And then I tried again. Before I had to kill my Dolphin friend Sushi D: ... why? {Warning- grammar police have not yet detected the following flow chart}

I was aiming for the achievement for 60 days. But...the internet went down with 2 days left. RIP

Say goodbye to your life

For the master! Otherwise known as moi.

Prettier and fancier, but still annoying.

Do you still have more!?
Add a photo to this gallery
Retrieved from "https://dontstarve.fandom.com/wiki/User:Isabellalau?oldid=390390"
Community content is available under CC-BY-SA unless otherwise noted.