Tidal Marsh Turf is one of the Turfs exclusive to the Shipwrecked DLC, acquired by digging Tidal Marsh tiles with a Pitchfork. Like other Turfs, it can be placed on bare ground or used as fuel.

Plants like Berry Bushes, Grass Tufts, Saplings, Spiky Bushes, Lureplants, Bamboo Roots, Viney Bush Roots, Coconuts, and Jungle Tree Seeds can be planted on these Turfs. It will not stop a Lureplants' Eyeplants from spawning.

When a large enough region of the Surface World is covered with this Turf, Toucans are the only Birds that will spawn and land in the area. During Hurricane Season, no birds will spawn or land on the area. 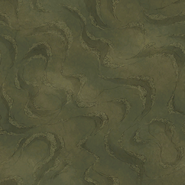 Tidal Marsh Turf as seen on the Map.
Retrieved from "https://dontstarve.fandom.com/wiki/Tidal_Marsh_Turf?oldid=452303"
Community content is available under CC-BY-SA unless otherwise noted.