During the Monsoon Season, this Turf will not spawn Puddles. However, expanding Puddles can still flood this Turf. Like all other crafted Turfs, Lureplants and their Eye Plants will not spawn on Snakeskin Rug. Like on Jungle Turf, Parrots can spawn on it. 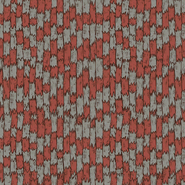 A patch of Snakeskin Rug placed on a Beach.
Retrieved from "https://dontstarve.fandom.com/wiki/Snakeskin_Rug?oldid=469285"
Community content is available under CC-BY-SA unless otherwise noted.