"Quell the spread of fire."

Slows the spreading of fire.

“Do you want proof that it's fireproof?”

“My lighter doesn't work on it.”

“This substance is imbued with a sort of natural fire deterrent.”

“It's warm, but quells flame.”

“A warm piece öf the battlefield.”

“That's a chunk of fancy ground.”

Scaled Flooring is a type of craftable Turf in Don't Starve Together. It is crafted with Scales and two Cut Stone, which makes six items. Like all other turfs, and in spite of its fireproof qualities, Scaled Flooring can be used as fuel and can be lit on fire if left on the ground as an item.

Scaled Flooring helps decrease the amount of heat an object or structure absorbs from open fire sources, therefore slowing the spread of fire. However, this effect does not stop things from being ignited in the heat or manually lit on fire (such as with a torch). The effect is also only extended to objects and structures which are placed fully on top of them.

Singular Fires are generally incapable of igniting other protected items. However, things that directly light objects on fire, such as hostile Lavae, the player's Torch or Fire Staff, Wildfires, and Gunpowder, will still do so unimpeded. Chain reactions are still possible with extremely flammable, densely packed items, like Walls, but this only occurs if more than one wall, item, or structure is set on fire.

Combining multiple sources of fire can eventually (or very quickly) ignite flammable objects on Scaled Flooring. Some sources cannot be stacked densely enough on their own, like Campfires, but still contribute to the "heat" an object receives. One Fire Hound will not ignite anything protected, but two dying in quick succession will still promptly Smolder anything close.

Scaled Flooring does not seem to affect Smoldering directly, but seriously impedes the fire-spreading process that usually causes it. Exact magnitudes for preventing smoldering require testing or explanation. 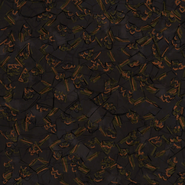 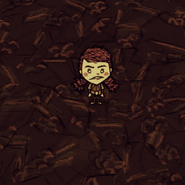