Return of Them is a free Don't Starve Together expansion. It is to be distributed as an "Update Chain", meant to add game changing features in the same vein as A New Reign. Similar to its predecessor, Return of Them started as a beta.

Charlie’s machinations have come to a head as she turns her attention towards the skies - and the mysterious entity that awaits there. Our Survivors will be forced to contend with terrifying monstrosities beyond their comprehension, and yet, there may be a silver lining: their minds and horizons will be expanded under the sublime light of an ancient moon.

Something ancient stirs in the night sky, and the world below will never be the same. A strange new island teeming with life has appeared, and with it, a whole new slew of challenges for our Survivors to face.

Welcome to the brine shoals. Filled with the new salt rock resource, survivors looking to stretch the life of their food with this new spice will need to brave the dreaded Cookie Cutters. And watch out for the Malbatross. Getting on it's bad side will be a weight around anyone's neck.

Facing these new dangers and coming home with the goods will make you a real salty dog!

A nice day of fishing sounded like just the thing to soothe the nerves of our weary Survivors, but it looks like fish aren’t the only things that are biting. Luckily there’s something to distract them from their soggy seafaring sorrows - the return of Winter’s Feast! And this year it seems that the Constant has provided its own assortment of holiday gifts… could it be that a certain someone is feeling particularly jolly this year?

Far out past the familiar shores of the mainland, something is waiting for our Survivors. What would you do for the thing you treasure most?

The seas seem to grow more dangerous with every passing day. Is this the work of Charlie, or is the strange, mutating influence of the moon growing stronger? Let’s hope our Survivors can stay afloat long enough to find out.

In Return of Them, the Ocean was completely reworked to create a new area accessible by multiplayer boats. The other features of this expansion include:

Don't Starve Together Return of Them - Turn Of Tides Launch Trailer

Don't Starve Together Return of Them - Salty Dog Update Trailer

Don't Starve Together Return of Them - Troubled Waters Update Trailer

Don't Starve Together Return of Them - Forgotten Knowledge Update Trailer

A promotional image accompanying the launch announcement of Turn of Tides. 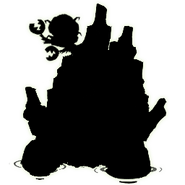 A teaser image for the She Sells Seashells update.

A hidden teaser for the She Sells Seashells update. 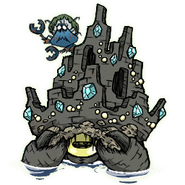 Another teaser image for the She Sells Seashells update. 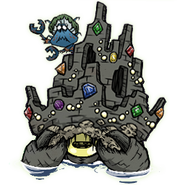 Teaser image for the She Sells Seashells updated with colored gems. 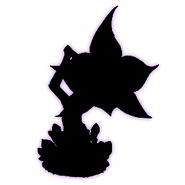 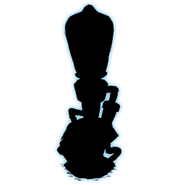 A promotional image accompanying the launch announcement of Forgotten Knowledge.

Retrieved from "https://dontstarve.fandom.com/wiki/Return_of_Them?oldid=481967"
Community content is available under CC-BY-SA unless otherwise noted.