The Old Bell is a craftable item from the Reign of Giants DLC. The only way to gain access to the crafting recipe is to locate and mine a Glommer Statue, which will drop the blueprint as loot. The player must then combine a Glommer's Wings and a Glommer Flower.

When used, the bell summons a massive giant, of which only the scaled foot can be seen. The foot takes a while to reach the player, and it destroys anything it steps on. If the player is there, the foot deals a lot of damage to the player. The only sure location to be destroyed is where the bell was rung.

The foot called by the bell. 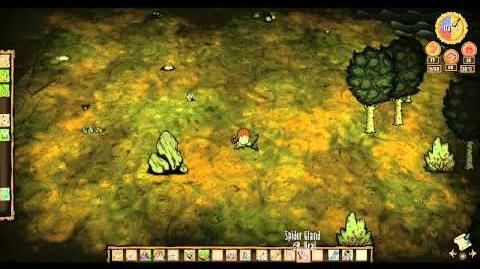 Don't Starve Reign of Giants - New Giant
Add a photo to this gallery
Retrieved from "https://dontstarve.fandom.com/wiki/Old_Bell?oldid=166224"
Community content is available under CC-BY-SA unless otherwise noted.