"Home is where the marsh is."

“It's dripping all over.”

“That's a chunk of squishy ground.”

Marsh Turf is one of the Turf items, acquired by digging Marsh tiles with a Pitchfork. These turfs can commonly be found at the Marsh biome and rarely at the Mosaic biome. Like other Turfs, it can be placed on any bare ground tile, or it can be used as a good burning fuel for a Campfire or Fire Pit.

Plants like Berry Bushes, Grass Tufts, Saplings, Spiky Bushes, Lureplants, Pine Cones, and Birchnuts can be planted on these Turfs. It will not stop Lureplants' Eyeplants from spawning.

If brought to Shipwrecked, floods can spawn on this turf.

In Don't Starve Together, Marsh Turf can be crafted by Wurt with one Cut Reeds and two Rot in the Structures Tab. She is also able to walk 0.3 times faster on this terrain. All of her character-specific craftable Structures, such as Craftsmerm Houses and Merm Flort-ifications, can only be placed on Marsh Turf.

Other Characters can craft it via Terra Firma Tamper. 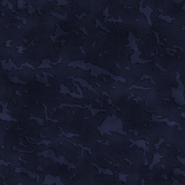 Some fights going on on placed Marsh Turf.

Marsh Turf as seen on the Map.
Español Polski 中文
Community content is available under CC-BY-SA unless otherwise noted.
Advertisement