“This must be where those giant bugs live.”

“Shall I descend into the earth?”

“A massive network of arthropod tunnels lie beneath.”

“I hear something growling around in there.”

“I've a mind to make a molehill of this.”

“Similar to the many hexapod invertebrate nests I've observed. But bigger.”

“There is dankness within!”

“Am I welcome in there?”

“I could take a peek inside.”

“Can't get more adventurous then going into a giant insect nest.”

Mant Hills are structures exclusive to the Hamlet DLC which are found in the Deep Rainforest biome. By default, three Mant Hill entrances are generated on the starting island.

On the outside, a Mant Hill entrance resembles a large nest with a hole in the center where the player can enter. On the inside, the Mant Hill consists of a series of tunnels that go from room to room, similar to the Ancient Pig Ruins. Each Mant Hill is connected to the two others via the underground rooms, but none of them leads to another island.

The various rooms may contain Lamps, Honey Chests, Stalagmites, or Antcomb Homes (where the Mants spawn as larvae). All of these structures can be hammered or mined, though they are not renewable. Mants will not become aggressive upon mining/hammering these structures. The Queen Womant Den entrance is also to be found in here.

When being inside Mant Hills, there is no loss of Sanity in darkness. Mant Hills spawn up to 4 Mants. Each killed Mant take 120 seconds to regen and 30 seconds to release.

Each room has 4 walls. On each of these 4 walls there may, or may not be a Door, leading to another similar room. If two rooms are interconnected, the World Map will signal this by a two-way arrow (notice that the Map will only reveal rooms that have already been visited).

Periodically, earthquake-like rumbling will occur, causing many passageways in the Mant Hill to change place, including those in the room the player is standing in. After an earthquake, passageways signaling two previously interconnected rooms will display a "?" instead of the two-ways arrow, signaling that it may have changed. If that room is re-entered, the "?" will either change back into an arrow, or disappear. The exits, however, will never change position and the player will never be unable to reach one.

A Mant larvae spawning from an Antcomb Home. 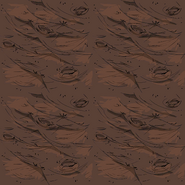 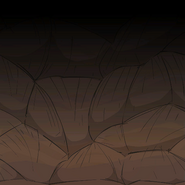