The Lily Pond is a Biome introduced in the Hamlet DLC. It is the only biome in this DLC which is completely made of water, and thus the only biome where the player is able to craft a Boat or Raft, or where Walani is able to use her Surfboard, similar to Ocean from Shipwrecked DLC.

When the player is insane, being in this biome will spawn Swimming Horror instead of Crawling Horror and Terrorbeak.

Lotus Flowers and Reeds can be collected in this biome, Lily Pads also appear here (though they cannot be collected), and in the Dusk and Night Mosquitoes will spawn above the water. This biome is also where Hippopotamoose can be found. They cause Waves to spread across the water when they jump in.

When a Lotus Flower is picked out of a Lotus Plant, there is a great chance that a Platapine will spawn, darting out of or across the water and consuming the other Lotus Flowers nearby.

BFB hardly enters this biome. During Lush Season, Brambles seem to avoid spawning in this biome. There are also no birds that spawn and land on this biome. 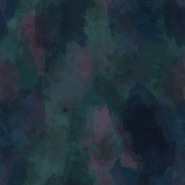 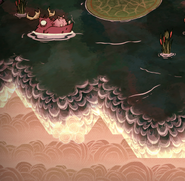 Waterfalls form where Lily Ponds are situated next to the map border.
Русский Tiếng Việt
Community content is available under CC-BY-SA unless otherwise noted.
Advertisement