Can be released to emit light

“If only I could catch them!”

“I wish they didn't run away!”

“A tiny brightness in the dark.”

“They disperse when I approach.”

“Reminds me of Algonquin park.”

“My kind of insects.”

“Tiny constellations. No good for navigation.”

Fireflies are passive light-producing Mobs that appear at night in Forest and Grassland Biomes and all the time in Caves, mainly in Mushtree Forests. They are used to make the Miner Hat and Pumpkin Lantern. Fireflies can also be used to refuel Miner Hats and Lanterns by 39%.

Fireflies can be captured with a Bug Net by pressing the Spacebar when nearby. Because they do not respawn, they are considered a finite resource.

Standing in Firefly light resets the timer in which Charlie will attack during the night, though the light from Fireflies will disappear until the player leaves their vicinity. If the player does not have a source of fire, that player may "firefly hop" between three or four groups of Fireflies for survival during the night. This can still be dangerous, as Sanity will drop significantly.

Releasing Fireflies near a Fire Pit or other key locations in one's base camp might come in handy, as glowing light will indicate their positions in total darkness of the night.

Fireflies on the ground will take up space, so the player is unable to build in that spot unless they are caught.

In the Reign of Giants DLC, Fireflies are found abundantly in Deciduous Forest Biomes, making it one of their natural habitats.

In the Shipwrecked DLC, Fireflies are found in Jungle Biomes and do not appear during Hurricane Season. Fireflies can also be used to craft the Boat Lantern. Fireflies are renewable as a prize at the Slot Machine. 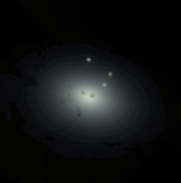 Fireflies at night while it is snowing.

Fireflies placed around a base camp to indicate features. 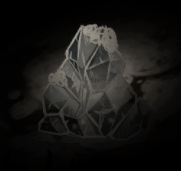 Fireflies inside a Mini Glacier
Add a photo to this gallery

Retrieved from "https://dontstarve.fandom.com/wiki/Fireflies?oldid=329861"
Community content is available under CC-BY-SA unless otherwise noted.