Start a Wiki
watch 01:27
Don't Starve: Shipwrecked Expansion Launch Trailer
Do you like this video?

Don't Starve: Shipwrecked is a DLC that transports the Characters and gameplay of Don't Starve into a tropical setting. It includes features such as new playable Characters, Biomes, Creatures, mechanics and seasonal effects.[1]

On September 13, 2017, Klei Entertainment surprisingly created a new beta branch for Shipwrecked, adding yet another bonus content update to the DLC.[2] On November 21, 2017, the content was officially added to the game in the Home Sea Home update.

Klei Entertainment has partnered with our friends at CAPY, creators of Superbrothers: Sword and Sworcery, Super Time Force and Below; to bring fans of Don’t Starve the latest single-player expansion: Don’t Starve: Shipwrecked!

In Don't Starve: Shipwrecked, Wilson finds himself stranded in a tropical archipelago. He must learn to survive all over again in this new environment filled with new biomes, seasons, and creatures.

Don’t let the tropical breeze lull you into a false sense of security - the world might be different, but it is still equal parts unforgiving and uncompromising. You will quickly find these islands are full to the brim with things that want to kill you.

Shipwrecked adds a tropical standalone world to the basegame. The ocean was completely reworked to create a new biome accessible by boats. The other features of this DLC include:

Since Shipwrecked is the second DLC released for Don't Starve, it relies on several mechanics that were originally featured in the Reign of Giants DLC. Therefore these mechanics (and items/structures that are needed to deal with them) had to be included in Shipwrecked and are now also available to players who do not actually own Reign of Giants. These changes also affect default Don't Starve worlds that have been made compatible with or linked to Shipwrecked worlds.

Please note that this category is not meant to include Reign of Giants exclusive features that are indeed available in Shipwrecked worlds, but only to players who own both DLCs, such as the characters Wigfrid and Webber. 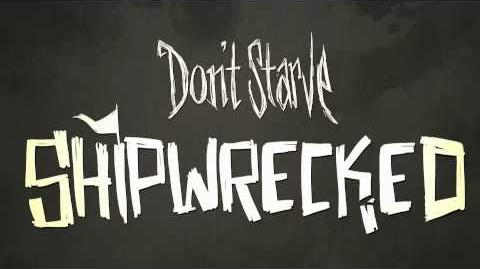 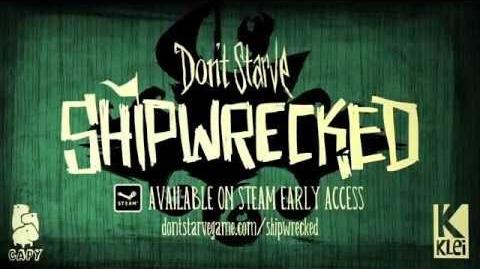 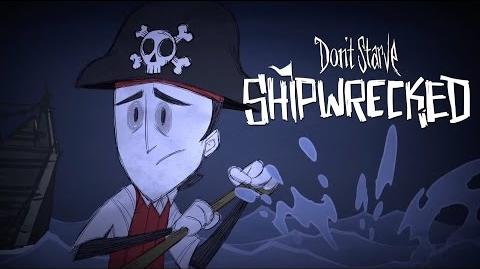 Promotional poster for the Shipwrecked DLC.

Wilson in a boat being chased by the Tiger Shark.

Some of the Shipwrecked exclusive structures, items, and the Beach biome.

The inventory display while rowing/sailing.

A rough sketch of Woodlegs.

Retrieved from "https://dontstarve.fandom.com/wiki/Don%27t_Starve:_Shipwrecked?oldid=466302"
Community content is available under CC-BY-SA unless otherwise noted.