Since late 2012 when Don't Starve became available to the public, there have been periodical updates, which introduce new content, fix glitches, or balance the game. The final major update before the game's official release on the PlayStation 4 was in October 2013, after which all updates focus on bug-fixes and performance. The player must download the latest patch before playing the game.

Welcome to 2019 everyone! We start the new year with an update that brings several nice and fun features from Don't Starve Together to regular Don't Starve. These additions were added the base game and all DLCs. 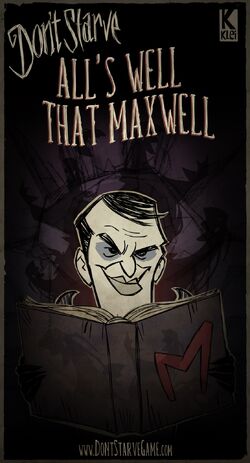 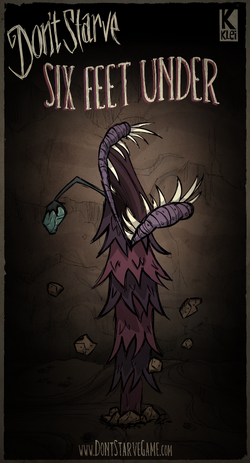 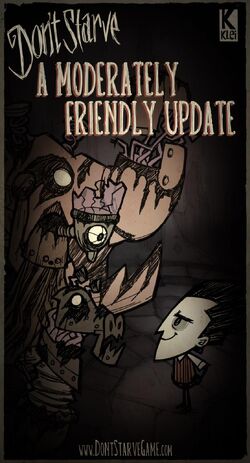 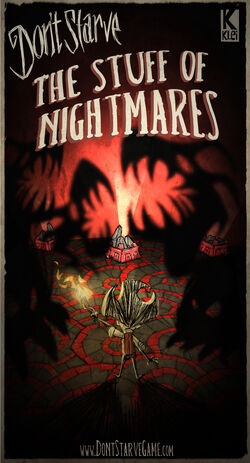 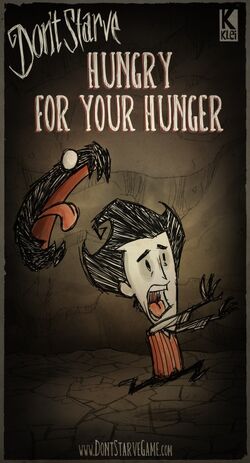 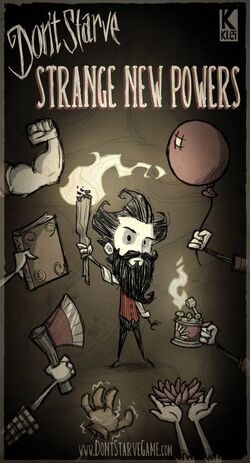 We added a new tab for gem-based items, and added amulets and staves for all of the existing colors. Watch this space for more mind-bending magic in future updates!

There is a new mod configuration screen that lets you activate/deactivate mods from within the game. Check out the modding forum for details! World Generation 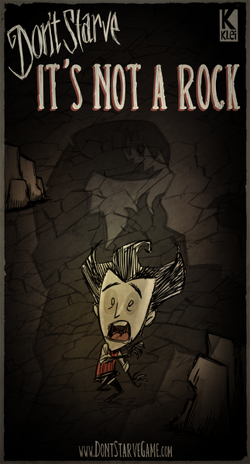 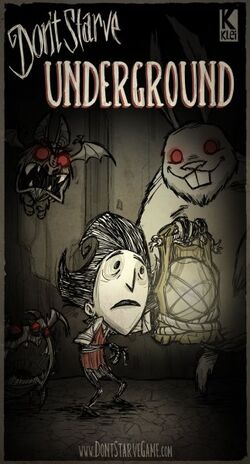 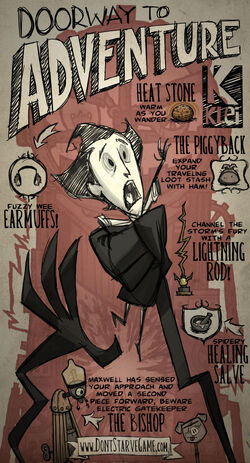 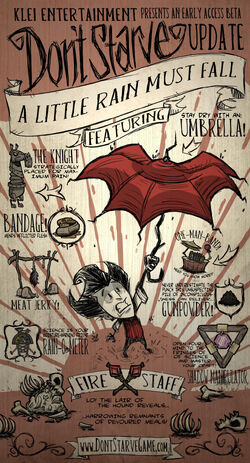 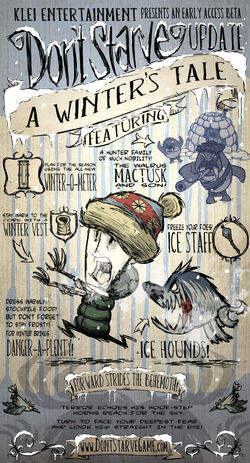 Winter Winter comes every 20 days or so, with snow and a new audio landscape. Ambient air temperature is modelled, and your character will get colder the longer he/she stays out in the open. Getting too cold for too long will cause freezing damage. You can extend your time away from the fire by wearing warm clothing. Nights are longer, and vegetation does not replenish. Bees and butterflies don’t leave their houses in the winter.

Improved Mod Support There is a new mod API that should make mods break less when we update, and allows multiple mods to work at the same time. Here is some documentation on how to create a mod. Language packs are now actually supported. We supply a strings.pot template file with every update, and the game can load .po language files. This should make maintaining translations a lot easier, and you can use industry-standard tools. For more info, see here.

Sandbox Mode (continued) Added a new world creation screen. There are only a couple of options enabled currently, but soon you will be able to unlock more! Sanity tuning From our testing, we determined that sanity was coming on too early for new players, but was also easily avoidable by established players. The intention is for sanity to be a long-term lurking danger, so this was the complete opposite of what we were going for. Here are some changes to help rectify this: 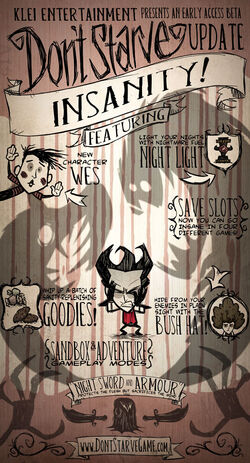 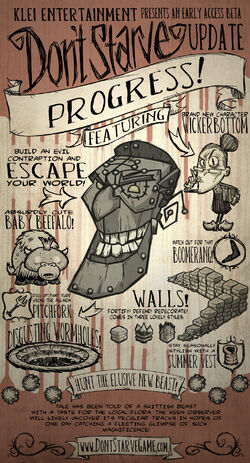 New Research Method: Under the new research method, you unlock access to tiers of recipes by building research machines. You can unlock a specific recipe by building it near an active machine, after which point you can build it anywhere. Your known recipes last as long as you do - they will travel with you to new worlds if you escape, but you will lose them if you die. There are no more research points or grinding. The science machine is now a bit cheaper to make, and the alchemy engine is a bit more expensive. This is a big change, so we've made it optional for the time being. When you start a new world, you will get to choose between the new research method or the old one. Your progress in the old method is not available in the new method, but will be there if you switch back. We will be phasing out the old method soon, but wanted to introduce the new one carefully. 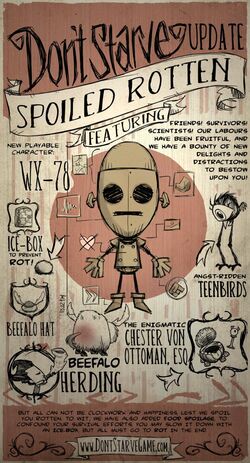 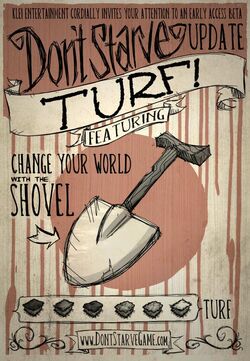 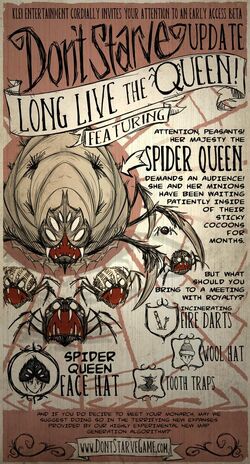 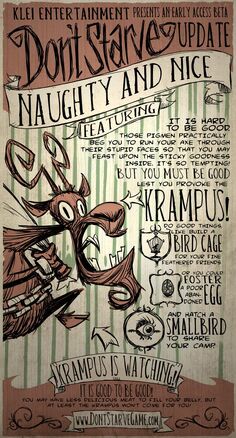 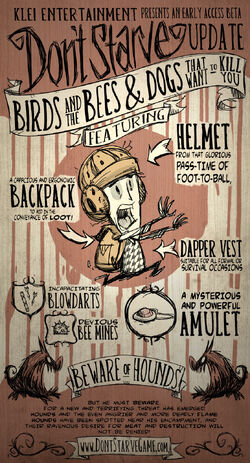 Retrieved from "https://dontstarve.fandom.com/wiki/Don%27t_Starve/Version_History?oldid=488295"
Community content is available under CC-BY-SA unless otherwise noted.