"As tame as wild jungle can be."

“Perfect for plants native to the jungle.”

Dense Turf is a craftable Turf Item introduced in the Hamlet DLC. Like other Turfs, it can be placed on any bare ground tile or used as fuel.

Dense Turf allows Nettle Vines to grow and is also visually identical to the turfs found in the Deep Rainforest Biome. However, unlike the Deep Rainforest Turf, Dense Turf doesn't have randomly spawned jungle floor ferns that obstruct structure placement, shadows of leaves projected on the ground, a foliage effect on the sides of the screen, and it can be dug up with a Pitchfork.

Grass Tufts planted on Dense Turf will grow into Tall Grass insead of normal one. Additionally, this turf allows Cocooned Trees to convert regular Rainforest Trees into cocooned ones.

When placed on the Surface World and covering a large enough area, no Birds will spawn and land on these turfs. In the Shipwrecked DLC, this Turf will not spawn Puddles. Tides and expanding Puddles can still flood this turf, however. 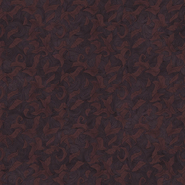