"Build your own road to nowhere."

“At least this one is useful.”

“A collection of cobblestones.”

“Do I really need to drag this road around with me?”

“A road to where, exactly?”

Cobblestones are a craftable Turf Item found in the Structures Tab. They require 1 Rocky Turf and 1 Board to craft and an Alchemy Engine to prototype. Like other Turfs, it can be placed on any bare ground tile or used as fuel.

Cobblestones allow players to lay down their own Roads. Similar to natural Roads, they will speed up the player by 30%. Unlike natural Roads, Cobblestones can be moved using the Pitchfork. Small patches of it can be found in Mosaic biomes.

Plants like Berry Bushes, Grass Tufts, Saplings, Spiky Bushes, Pine Cones, and Birchnuts can't be planted on these Turfs, unless they were planted before the Turfs were placed. It will also stop the Lureplants' Eyeplants from spawning.

In the Shipwrecked DLC, the crafting recipe for Cobblestone requires Magma Turf instead of Rocky Turf. During Monsoon Season, this Turf will not spawn Puddles. Expanding Puddles can still flood this Turf, however. 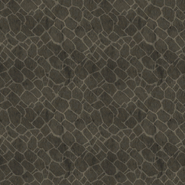 A patch of player-placed Cobblestones.
Español
Community content is available under CC-BY-SA unless otherwise noted.
Advertisement