The Don't Starve Blind Box Figures are 3.5" - 5.0" vinyl figures made by ESC-TOY LTD. and only available on Klei's website. One box contains one random figure and two accessories, one of which is exclusive to the Character received. They were introduced at PAX Prime 2013, where Klei offered the first 100 Wilson figures to the public. [1]

There are 12 figurines, and 26 items: one character and four items are mystery. There is a 1 in 100 chance to pull a gold version of the box's contents. [2]

Klei stated that there are five possible case layouts.

Case #1 Three Wilsons and Willows, two Pigs, Chesters, Wickerbottoms, and WX-78s, and one Woodie and Wolfgang.

Wilson figure with an Ice Staff.

Wilson figure with a Spear.

Willow figure with a Torch.

Wolfgang figure with a Hammer.

Wendy figure with a Lantern.

WX-78 figure with a Shovel.

Wickerbottom figure with a Fire Staff.

Woodie figure with a Luxury Axe.

Wes figure with an Umbrella.

Chester figure with an Eye Bone.

Spider figure with a Ham Bat, Pig House, and Campfire.

Pig Figure with a Pig House in the background.

Wilson and Maxwell's figures replicating the opening scene of the game. 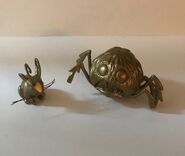 Gold versions of the Spider and Rabbit.

There are several figures that are similarly designed to the blind box figures, but are special in some way and are sold separately.

Special Edition figures are sold separately and are not limited in quantity.

Limited Edition figures are sold separately and are limited in quantity. 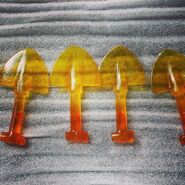 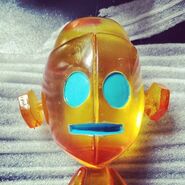 Wilson next to a special event Wilson.

A special edition of the WX-78 figure as part of a collaboration with Erick Scarecrow for NYCC 2014. It was limited to 20 pieces worldwide. 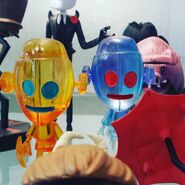 Box art of the Characters around a Camp Fire.

A behind-the-scenes look at the photoshoot for the figures.

Retrieved from "https://dontstarve.fandom.com/wiki/Blind_Box_Figure?oldid=491199"
Community content is available under CC-BY-SA unless otherwise noted.